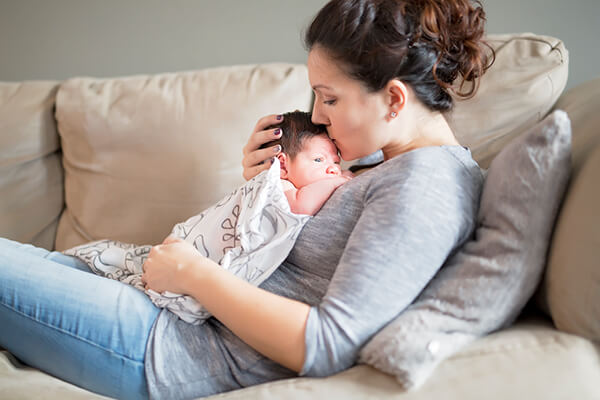 Parental Leave in the United States: A Guide for New and Expecting Parents

As a whole, the nation has no federally mandated paid family leave; what we do have is the Family and Medical Leave Act, under which an employer of 50 people or more must allow up to 12 weeks unpaid leave to workers who have been with the company for at least 1 year.

The United States is the only industrialized nation with no federally mandated paid leave, Pew Research reports. Meanwhile, according to the Organisation for Economic Co-operation and Development (OECD) statistics:

But, several states and companies are moving ahead and providing paid parental leave on their own.

When Levi Strauss & Co. CEO Chip Bergh announced 8 weeks of paid parental leave in 2020, he said, “Access to paid family leave addresses the needs of the modern workforce and can help boost employee retention and loyalty. It's not only the right thing to do for employees; it's the smart thing to do for business.”

Paid family leave was only available to about 17% of all civilian workers in 2018, according to the Bureau of Labor Statistics. Unpaid leave, however, was available to 89% of workers.

Companies such as Citigroup, Facebook, TD America, and Google’s parent company Alphabet, are among the most generous, offering as many as 4 months of paid parental leave and extending the benefit to fathers. With the millennial generation making up the largest part of the workforce—35% as of 2017 and growing, according to Pew Research's most recent data—companies are working to retain them. In a recent UNUM poll, 64% of millennials reported that they want paid family leave and that it would affect their job satisfaction.

A Few States Out Front With Paid Parental Leave

Four states and the District of Columbia have set out on their own to give residents the benefits of paid family leave:

California was the first state to offer paid family leave. Employers do not have to pay their employees during family leave, but most California workers have access to the state’s disability insurance benefits. Under these benefits, workers can receive up to 8 weeks of partial pay (about 60–70% of their regular earnings) for parental leave after a birth, adoption, or foster child placement or for leave to care for a seriously ill family member. The plan has been in effect since 2004; it is funded by mandatory payroll deductions.

Workers in New Jersey fund the state’s Paid Family Leave through payroll deductions. As in California, benefits are administered through the state’s disability insurance program. Employees can take up to 6 weeks of paid leave and earn up to 85% of their average weekly wage, with a maximum benefit of $881 per week. New Jersey was the second state to implement such a plan; its program began in 2009.

Rhode Island allows workers to receive about 60% of their salary for 4 weeks after the birth or placement of a new child, with a maximum benefit of $795 per week. The plan, which was implemented in 2013, is called Temporary Caregiver Insurance and is funded with a 1.3% payroll tax on Rhode Island workers, including those who work part-time.

Private-sector businesses in the nation’s capital began paying an employee payroll tax in 2019, which funds the paid parental leave. Beginning July 2020, workers are eligible to take up to 8 weeks of paid time off within a 12-month period. Federal workers in the district are not eligible; however, they have access to 12 weeks of leave under FEPLA.

Do the Economics Work?

Paid parental leave in the U.S. is a topic that inspires much debate. According to a 2019 report by the National Partnership for Women and Families, though, it has helped millions of families. The report found that:

Meanwhile, opponents counter that forcing another tax on employees or businesses is too great a financial burden, and that paid family leave programs are inherently unfair to childless people and stay-at-home parents.

Pave the Way for Parental Leave

Purdue Global offers a Graduate Certificate in Human Resources for those who hold a bachelor’s degree and are interested in pursuing career opportunities in this industry.