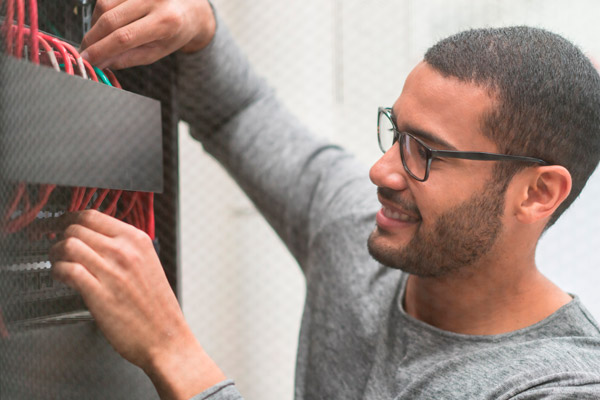 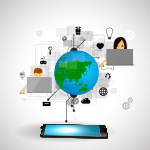 Internet of Things (IoT): The convergence of connecting people, things, data, and processes is transforming our life, business and everything in between.

The technical definition of  IoT  is the network of physical objects accessed through the Internet. These objects contain embedded technology to interact with internal states or the external environment. In other words, when objects can sense and communicate, it changes how and where decisions are made and who makes them.

IoT is emerging as the third wave in the development of the Internet. The 1990s Internet wave connected 1 billion users while the mobile wave in the 2000s connected another 2 billion. IoT has the potential to connect 10 times as many (approximately 28 billion) "things" to the Internet by 2020, ranging from bracelets to cars. Breakthroughs in the cost of sensors, processing power, and bandwidth to connect devices are enabling ubiquitous connections right now. Smart products like smart watches and thermostats (Nest) are already gaining traction, as stated in Goldman Sachs Global Investment Research's report.

A number of significant technology changes have come together to enable the rise of the IoT. These include the following.

"The Internet of Things will give IT managers a lot to think about," said Vernon Turner, Senior Vice President of Research at IDC. "Enterprises will have to address every IT discipline to effectively balance the deluge of data from devices that are connected to the corporate network. In addition, IoT will drive tough organizational structure changes in companies to allow innovation to be transparent to everyone, while creating new competitive business models and products."

IoT is shaping modern business, from manufacturing to marketing. A lot has been already changed since the inception of the Internet and much more will change with the greater Internet connectivity and reach. In addition, the global network known as the Industrial Internet is transforming modern business by connecting people, data, and machines. This has the potential of $10 to $15 trillion to global GDP in the next two decades.

According to IDC, IoT will go through a significant growth in the coming years in many directions, including:IoT and the Cloud.  Within the next five years, more than 90% of all IoT data will be hosted on service provider platforms as cloud computing reduces the complexity of supporting IoT "Data Blending".

IoT is shaping human life with greater connectivity and ultimate functionality through ubiquitous networking to the Internet. It will be more personal and predictive and merge the physical world and the virtual world to create a highly personalized and often predictive connected experience. With all the promises and potential, IoT still has to resolve three major issues: unified standards for devices, privacy, and security. Without the consideration of strong security at all joints of the IoT and protection of data, the progress of IoT will be hindered by litigation and social resistance. The expansion of IoT will be slow without common standards for the connected devices or sensors

If you’re an IT professional interested in expanding to mobile, now may be a great time to give it a shot.

Interested in this career? Check out Purdue Global's IT resources here.

Ahmed Banafa is a former faculty member at Purdue Global. The views expressed in this article are solely those of the author and do not represent the view of Purdue Global.