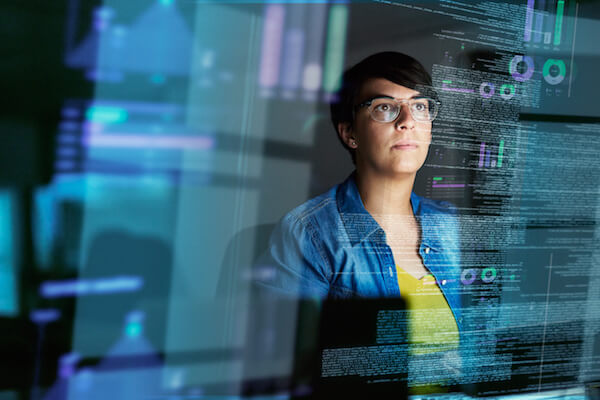 How to Become an Ethical Hacker and Why You’re Needed

There’s a silent, invisible battle raging in a place we all travel.

"We are fighting a cybersecurity war," Purdue University Global professor and IT veteran Dr. Rhonda Chicone warned in a recent interview.

If you are one of the millions of people who shop, bank, and pay bills online, or even drive a Wi-Fi enabled car, you are increasingly a potential victim. As of 2017, information theft, loss, or attack is the most prevalent type of crime against corporations, overtaking physical theft, which had been the most common type of fraud for a decade, according to the European Union Agency for Network and Security report.

Is Anybody Really Protected?

FedEx, Orbitz, Facebook, T-Mobile, and Google+ are just a few of the many American corporations that suffered data breaches in 2018. The Imperva 2019 Cyberthreat Defense Report found that 78% of surveyed organizations were aﬀected by a successful cyber attack in 2018.

These attacks don’t only target commerce—the Department of Defense, U.S. Postal Service, U.S. Air Force, and Centers for Medicare and Medicaid Services have also been hacked within the last few years. This cyberwar is fought on an international scale, and no one is immune to attack as criminals, terrorists, and activists seize the opportunity to breach security as a way to make money, instill fear, and advance their causes.

It also appears that with the proliferation of personal, portable devices within the workplace (known as "bring your own device" or BYOD), we are at greater risk than ever. "The cloud and mobile now play a big part in the vulnerability of our data," Chicone stated.

In response to this mounting threat, many organizations now hire full-time ethical hackers or "white hats" to fight the constant threat of attack. These IT professionals serve as the knights in shining armor for companies and government agencies. Instead of trying to steal information from computers and exploit it for themselves, ethical hackers are hired to help companies find holes in security, close back door access, and plug gaps in cybersecurity.

White hats hack an organization's systems to come up with recommendations for fortifying them against such threats. In addition, ethical hackers try to replicate some of the destructive techniques a real cyberattack might employ. They also teach company leaders and employees how to protect sensitive information.

Building an Army of Cyberwarriors

The increased threat of a potentially devastating cyberattack has caused many organizations to start actively recruiting ethical hackers.

According to a study by the National Association of State Chief Information Officers and the consulting firm Deloitte & Touche LLP, nearly half of state information technology officials reported in 2016 that they sometimes used third parties to try to penetrate their systems; one third said they did so at least once a year.

"Companies and government agencies can't fill IT security positions fast enough," said Dr. Chicone. "We need a pipeline of qualified, well-rounded IT professionals to protect the intellectual property of these organizations."

How to Become an Ethical Hacker

According to the Bureau of Labor Statistics, the path to a cybersecurity career usually includes a bachelor's degree in a computer-related field. Purdue Global's Bachelor of Science in Cybersecurity includes course topics such as certified ethical hacking, intrusion detection and incidence response, networking security, computer forensics, and digital forensics, which are all good choices for students interested in seeing whether they could succeed in a career as a white hat.

At the graduate level at Purdue Global, students in the Master of Science in Cybersecurity Management concentrate on cybersecurity strategy, policy, and administration with a forward-looking focus. Several Purdue Global certificates also cater to information security and computer forensics, as does its Master of Science in Information Technology with a specialization in information security and assurance.

While strong IT skills are an obvious job requirement, strong analytical, strategic, and communication skills are equally important.

"Although there are many opportunities available for qualified IT security professionals with an aptitude for software, systems, and networks, today's IT security analysts also need to think strategically and possess excellent oral and written communication skills to work effectively within an organization," said Dr. Chicone.

Join the Ranks of White Hats

As the number of cyberattacks continues to rise—leaving companies and government agencies to wonder, "who's next?"—hiring more well-trained, highly skilled ethical hackers should continue to be a top priority. Purdue Global’s cybersecurity degree programs, with help from experienced faculty like Dr. Chicone, will continue to answer this demand by training the next generation of ethical hackers.* Request more info today.

Rise of the Data Analyst—What’s Behind the Boom?
Your Guide to Information Technology Jobs in the Federal Government

*Purdue Global does not guarantee employment or career advancement. Actual outcomes vary by geographic area, previous work experience and opportunities for employment. Additional certification or licensing may be required to work in certain fields.