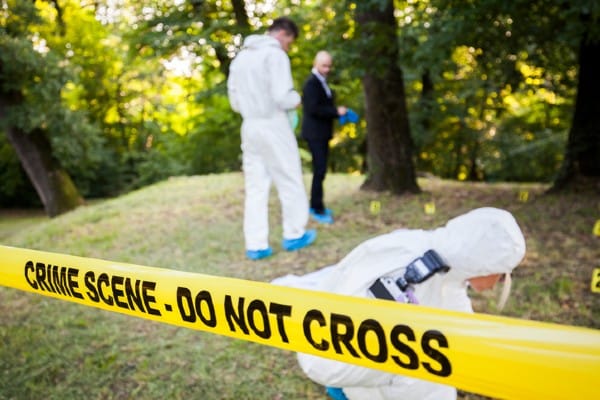 How to Become a Crime Scene Technician

Crime scene technicians, also called crime scene investigators (CSI) and forensic science technicians, do critical work: They collect and analyze evidence at crime scenes, working at all hours and anywhere they’re needed. They may also work in a laboratory, performing scientific and technical analysis on the evidence that’s been collected. This work can be difficult, but it’s immensely rewarding.

What Crime Scene Technicians Do

Many crime scene technicians pick a specialization in either crime scene investigation or in laboratory analysis.

At crime scenes, techs can be tasked with:

Away from a crime scene, these techs may perform tests on weapons or other evidence to determine its significance to the investigation. They may also testify as expert witnesses on evidence or crime laboratory techniques. Many are specialists in such areas as ballistics, biochemistry, fingerprinting, or handwriting.

As a 26-year veteran of the police force in River Forest, Illinois, Warnock has spent his share of time at crime scenes. He says the portrayal of crime scene technicians on TV doesn’t reflect reality.

“As you see in the shows, it takes 40 minutes to complete the scene, process all the evidence, talk to all the witnesses, etc.,” he says. “It’s actually time-consuming. The minimum amount of time we spend at the scene is 10 hours.”

The future looks bright for crime scene technicians, according to the U.S. Bureau of Labor Statistics. The BLS projects employment to grow 14% from 2019 to 2029, much faster than the average for all occupations.*

These jobs are likely to be with state and local governments as they process evidence from growing caseloads. Also, advances in scientific and technological knowledge is likely to increase the availability, reliability, and usefulness of objective forensic information used as evidence in trials.

Here are some of the skills and education you’ll need to be a crime scene technician.†

The BLS reports that crime scene technicians usually need a bachelor’s degree in criminal justice or natural science. Additional on-the-job training is necessary, and while certifications and licenses are not usually required for entry into the occupation, they may be helpful. Purdue Global offers an online crime scene technician certificate and a bachelor’s degree in criminal justice with a concentration in crime scene investigation that could help you qualify for this role.

“The majority of the crime scene technicians usually start out as a police officer,” Warnock says. “Some departments will take a civilian, but only if you have the proper credentials.”

Credentials can vary widely, because regulations and standards vary considerably from one jurisdiction to another.

To this list, Warnock adds the quality of curiosity.

Purdue Global, part of the respected Purdue University system, offers an online crime scene technician certificate and a bachelor’s degree in criminal justice with a concentration in crime scene investigation. Contact us today for more information.

* National long-term projections may not reflect local and/or short-term economic or job conditions, and do not guarantee actual job growth.

†Local, state, and federal law enforcement jobs may require additional training or education including additional state-approved higher education beyond the Purdue Global degree. This program was not designed to meet any specific state’s requirements, and Purdue Global makes no representations or warranties as to whether the degree or any individual courses meet such requirements. Refer to the University Catalog for additional information. Graduates of Purdue Global criminal justice programs are not eligible to attend police academies in Minnesota.