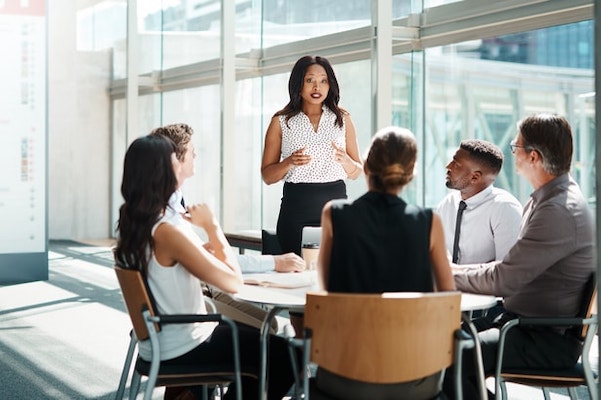 In recent years, major companies such as Apple, Google, and Hewlett Packard have visibly increased their efforts to support diversity in the workplace. Many companies are now releasing diversity reports and actively touting inclusion efforts. But that leads to the question: can workplace diversity both improve corporate culture and lift the bottom line?

What Is Diversity in the Workplace?

“Traditionally, diversity refers to differences in race, religion, gender, disability, sexual orientation, age, and education, among other variables, says Steven Cates, faculty member for graduate programs at Purdue University Global. “But that definition is limiting in the current world of business. In 2020, diversity is a subset of the process as it relates to engaging and including everyone within an organization in an attempt to meld into one cohesive culture.”

Cates refers to this mindset as DEI, for “diversity, equity, and inclusion.” He says there are five main considerations that businesses—particularly human resources departments—need to pay attention to:

How Diverse Is the Workforce?

According to the U.S. Census Bureau, in the United States, the labor force has become more diverse since the mid-20th century. Women, in particular, have made great strides in workforce representation, rising from 30 million in 1970 to more than 75 million in the years since. According to labor force participation data from the  U.S Bureau of Labor Statistics, Asian and Hispanic workers have similarly made gains, albeit incremental ones, and there is more visibility of the LGBT community in the workforce, according to a recent Catalyst study.

How Does Diversity Impact Business?

Diversity, it turns out, does pay. Over the past two decades, as scholars have sought to quantify the economic effects of workplace diversity, a growing body of research has emerged. Collectively, it suggests that diverse work environments boost profitability, culture, and public perception.

Companies with diverse workforces often outperform companies that do not.

Research has found that morale, culture, and employee engagement all thrive in diverse and inclusive workplaces:

Purdue Global’s Cates says that DEI affects all aspects of the business, including what prospective customers think of your business.

In Cate’s 2017 paper “Do Physical Traits of Sales Professionals Play a Role in the Customer Decision Process?” published in The International Journal of Business, Marketing and Decision Science,  he argues that the diversity of your sales staff can impact purchasing decisions.

Diversity as a Core Value

Of course, promoting diversity is not a silver bullet. Increasing employee diversity cannot magically resuscitate a poorly run business or immediately spur disruptive innovation. Cates says that to really model DEI in the workplace, you can’t just hire a diverse workforce; you need to keep diversity and inclusion as a core value of your business.

To reap the long-term benefits, a company must adopt a systematic approach, one that cultivates diversity continually, from the hiring process and staffing to leadership training and more. Many companies may balk at the scope of commitment, but when they look at the now-established benefits to morale, culture, and the bottom line in an increasingly multicultural society, it’s the obvious choice.

Purdue University Global is proud to teach a diverse population of students. Part of the respected Purdue University system, we provide a world-class education that's tailored to the unique needs of working adults. Learn more about our 175+ online college degree and certificate programs.

Tips on Writing a Stellar Cover Letter
LinkedIn for Job Seekers: How to Optimize Your LinkedIn Profile

Request Information
Most Popular Posts
LinkedIn for Job Seekers: How to Optimize Your LinkedIn Profile
The Most In-Demand Master’s Degrees, According to Research
10 Tips for the Day of Your Job Interview