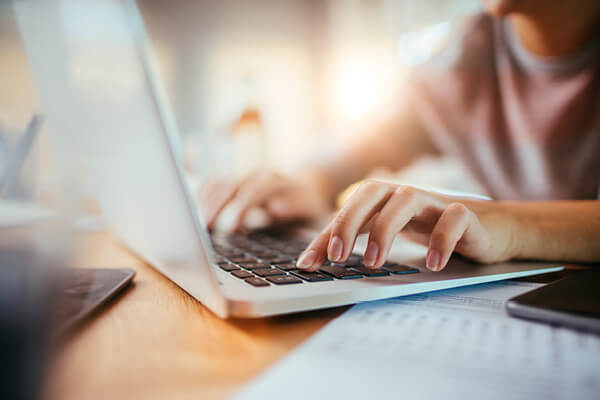 Cyberbullying: What is It and How to Prevent It?

On September 22, 2010, Tyler Clementi, an 18-year-old freshman at Rutgers University in New Jersey, leaped to his death off of the George Washington Bridge in New York after his roommate secretly videotaped a romantic encounter between Clementi and another man and posted it on the web. (Littler, 2011)

January 14, 2010, after yet another day of harassment at school and finally being pelted with a can tossed at her from a car as a group of students drove by, 15-year-old Phoebe Prince hanged herself in the stairwell of the family's apartment in South Hadley, Massachusetts. After her death, a Facebook tribute page in her memory had many crude comments posted by the bullies. (Vijay D, 2010)

Thirteen-year-old Megan Meier committed suicide in October of 2006 after a 16-year-old online friend, "Josh Evans" sent disparaging messages, humiliated her, and finally broke off the friendship commenting that "…the world would be a better place without you." Despondent, Megan hanged herself 20 minutes later in her bedroom. "Josh Evans" was later discovered to be a fictional account set up by the mother of Megan's former friend who created the ruse to get information about Megan and embarrass her in retribution for Megan allegedly spreading gossip about her daughter. (Littler, 2011)

In October 2008, 16-year-old Sladjana Vidovic tied a rope around her neck and the other end of it to her bed post and killed herself by jumping out of her window. Sladjana, who had moved to Ohio from Bosnia when she was a young girl, had been tormented by bullies at her school who mocked her thick accent, called her names like "Slutty Jana" and threw food at her. Shockingly, at her wake, the girls who had tormented Sladjana for months walked up to her casket and laughed. Sladjana's family witnessed this. Possibly more shocking is the fact that Sladjana's suicide was the fourth suicide in slightly more than 2 years in the small Ohio suburb. All four were bullied for perceived differences-one was bullied for being gay, the second for her learning disability, and the third because he was a boy who liked to wear pink. (Nuss, 2010)

Ryan Patrick Halligan, of Essex Junction, Vermont, committed suicide when he was 13 after repeated bullying from his classmates at school and cyberbullying. Because Ryan was small in stature and had a learning disability, he may have felt more secure in an online environment until other schoolchildren figured out who he was online and began tormenting him through instant messenger. (Littler, 2011)

Bullying is not a new behavior-as long as there have been schoolyards, streets, malls, and playgrounds both in and out of schools, there has been bullying. But now, in our cyber-age society, bullying has taken a much more pervasive role. While in the past, victims of bullying might have been able to at least find some relief at home or away from the playground and schoolyards, technology has provided the opportunity for bullying to be a 24/7 torment. Cyberbullying (bullying and intimidation through online media such as texting, social networking, blogs, and emails) has now made bullying more insidious as it's crept from the public forum of schoolyards and other hangouts where teachers and parents might have a chance at witnessing it, to laptops and cell phones, where it's less likely to be seen by responsible adults or caring parents. Cyberbullying also always involves minors (children). Once adults are involved in online harassment or intimidation, it is referred to as cyber harassment or cyber stalking. While not all cyberbullying results in suicide, it often can lead to self-destructive behaviors such as alcohol and drug abuse in response to the stress and depression caused by cyberbullying and some cases have even resulted in children killing each other. (WiredKids, Inc)

It's hard to believe that no responsible adults were aware of how these children were suffering or that no one spoke up to help them. In fact, Sladjana's parents were aware of the bullying and had begged the school to intervene many times and were promised the situation would be taken care of. However, it can be very difficult for schools to get involved with addressing cyberbullying incidents that often take place off of the school grounds, or at the very least, it's hard to prove that the bullying did occur during school hours and at school. Issues of freedom of speech and exceeding the school's authority come into play. (WiredKids, Inc.) However, it's clear that this is an issue that can have such serious consequences that both schools and parents must partner to address.

What Schools Can Do

There are steps that schools can take to address the issue of cyberbullying, and first and foremost is to promote a culture of mutual respect and a tolerance or appreciation for diversity. Schools can provide information to students about the legal ramifications of cyberbullying as well as make it a part of the school's policy and student code of conduct with regard to the use of technology and appropriate and respectful interactions that do not compromise the physical, emotional health of students, with specific consequences detailed. (WiredKids, Inc.). Educating children about the possible negative effects of posting personal information online and providing training about how to remove personal information that shouldn't be online can alleviate opportunities for cyberbullying attacks.

It's important for both children and teens to understand exactly what cyberbullying is and how it can affect others.  While most kids are pretty clear on what typical bullying behavior might be, they need to  understand that any type of online behavior, whether through websites, emails, texting, blogs, or other comments, that can be hurtful to another person's reputation or self esteem is considered cyberbullying. A lot of kids may not even consider cyberbullying as bullying until they fully understand how it can affect the other person. (Langholt, 2011) But, as these real-life cases above have shown us, cyberbullying can be infinitely more painful than the physical wounds of actual physical bullying.

What is Considered Cyberbullying?

Some students may not even realize that the behaviors they are engaging in fall within the scope of cyberbullying, especially if their initial motivations are to be funny or joking. However, the following are all forms of cyberbulling: starting online fights with aggressive or offensive language that will rile people up and ignite mean conversations, repeatedly harassing others, making demeaning comments, posting gossip, or purposefully trying to exclude someone from an online group to hurt them. Likewise impersonating someone else in order to create trouble or embarrass someone as well as revealing humiliating secrets or information online are forms of bullying (Langholt, 2011).

Parents and Schools as Partners Against Cyberbullying

Integrating specific lessons on what cyberbullying is, the devastating effects it can have, and what to do if one observes or is a victim of cyberbullying are important first steps for schools to add to their curriculum. Creating very specific policies and student codes of conduct that address technology use and abuse (both in and out of school) as well as creating a culture of respect and tolerance can have important positive effects. Ensuring that students and parents understand that the school does take an active role and interest in preventing cyberbullying and will respond swiftly and severely with incidents of cyberbullying can also help to bring cyberbullying to light. Parent education sessions can also help parents note signs of cyberbullying victims and cyberbullies so that they can be aware of appropriate responses to avoid over- or underreact. Taking the time to teach cyber ethics, involving school counselors when necessary, and addressing and resolving reports of cyberbullying quickly and immediately can make it less likely for repeated incidents. (Shangkuan Koo, 2011)

New Jersey's Stand-Setting the Stage for Others

A school's free will in determining its level of involvement with the cyberbullying issue may be quickly coming to an end. On September 1, 2011, New Jersey affected a new anti-bullying law, called the Anti-Bullying Bill of Rights as a response to the death of Tyler Clementi. This law is considered by some to be the toughest in the nation. According to New Jersey State Senate majority leader Barbara Buono, it is "a powerful message to every child in New Jersey" that any child bullied has the full support of the state, his/her school administrators and teachers, as well as the police because this law requires schools to thoroughly investigate any allegations of bullying within one day of reporting. In addition, the law will require comprehensive training for teachers and students, the creation of teams of support made up of both parents and teachers to investigate claims of bullying, and provides accountability to schools as they will be assessed on how well they handle bullying issues. This new tougher bullying law will require the disciplining of any administrators who ignore reported claims of bullying and students who are found guilty of bullying can be suspended or expelled. Likewise, all school employees must take an active role in protecting students from bullying as they are required to report any incidents they hear about, whether they happen at school or outside the school setting. (Friedman, 2011)

New Jersey has the right idea, and while 47 other states also have some form of anti-bullying laws, most do not require the extensive training and curriculum for education about bullying and do not provide for the immediate response to reported issues. The state of New Jersey has recognized the growing crisis of bullying (both cyberbullying and the traditional form) and is no longer willing to accept its devastating effects. At last, victims of bullying need not suffer in silence, but instead are supported and heard and, in some cases, this can be the difference between life and death.

Cohen, A. (2011, Sept. 6). Why New Jersey's antibullying law should be a model. Retrieved from Time at http://ideas.time.com/2011/09/06/why-new-jerseys-antibullying-law-should-be-a-model-for-other-states/

Langholt, A. Dealing with online bullying. Retrieved Sept. 2011 from Life123 at  http://www.life123.com/parenting/tweens-teens/bullying/online-bullying.shtml