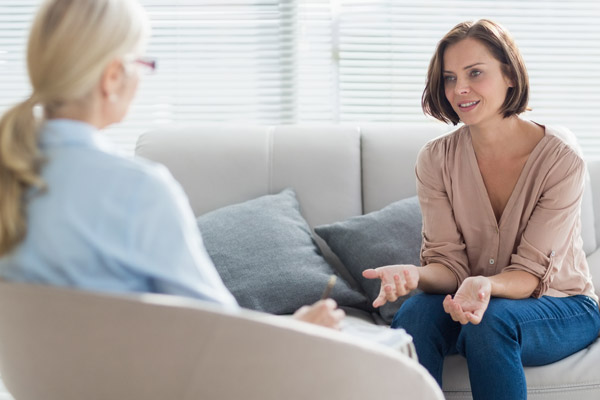 The Changing Landscape of Addiction Psychology: Gaming and Smartphone Addictions

Nearly 90% of Americans are online today, according to Pew Research Center, and as more technology is used in everyday life, tech-based addictions become increasingly prevalent.

Tech addictions don't just affect our behavior. It may harm our bodies as well, by:

Technology can also impact children who develop an affinity for screens. The American Academy of Pediatrics warns excess media use can increase weight gain, cause sleep problems, and prime kids and teens for technology addiction and gaming disorders later in life.

Here's a look at two prominent technology addictions—gaming disorder and smartphone addiction—that are affecting American kids, teens, and adults, many of whom may not even realize they have an addiction.

For the first time ever, the World Health Organization (WHO) classified gaming addiction as a disorder in 2018. According to WHO, mental disorders are characterized by some combination of abnormal behaviors, thoughts, emotions, and relationships with others.

What is a Gaming Disorder?

Gaming disorder applies to both digital (computer or smartphone) gaming and video gaming, on large television screens and with handheld devices. Gaming disorder is defined as impaired control over gaming, such as the seeming inability to “turn off,” which can negatively impact relationships, work responsibilities, or basic daily care. To be classified as a gaming disorder, gaming behavior must severely impact important areas of functioning for at least 12 months.

Symptoms of gaming disorder may include:

In addition to therapy or treatment in a tech-focused rehabilitation center, gaming disorder may be combated by ceasing to:

Those who are addicted to playing games on a smartphone may choose to switch to a non-connected flip phone, or use an app like Netsanity to block certain gaming apps from being downloaded. Donating video games to charity is a good way to get them out of the house. 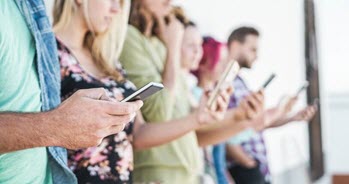 The average American looks at their smartphone about 47 times a day, a number that has remained constant for the past 3 years, according to Deloitte. Some careers or responsibilities may require more views than that a day and this doesn't necessarily indicate addiction. It’s most important to pay attention to how usage affects your overall life.

What is Smartphone Addiction?

Like a gaming disorder, smartphone addiction is serious when your smartphone usage interferes with living a healthy life. This can include neglecting healthy habits like sleep or exercise, ignoring people who are important in your life, and checking your smartphone excessively to keep up-to-date with work or social aspects, such as social media. The American Psychological Association reports that device attachment directly correlates with higher stress levels.

Smartphone addiction symptoms may include:

To gauge a person’s potential addiction to a smartphone, a professor of human computer interaction at State University of New York at Oswego used his research to create a quiz to determine “nomophobia,” or “no mobile phone phobia.”

In addition to talking with a therapist or receiving treatment at an addiction rehab center, smartphone addicts may opt to trade their smart mobiles for a flip phone version that only allows basic capabilities, such as making phone calls and texting. For those who want to keep their smartphone, removing certain apps, turning off push notifications, or restricting the times of day the phone is used can help decrease time spent on it.

Technology can actually help smartphone addicts use their phones less. There are software monitoring apps like which allows users to set daily limits on phone usage or manage a family's screen time from a phone.

How to Combat Tech Addiction

Because tech addictions are relatively new, many addiction centers do not yet offer specific treatment programs. However, many of the same treatment principles and techniques can be applied to those experiencing technology addiction.

There are some tech-focused treatment centers in the country, such as reSTART, a center specializing in treatment of teens ages 13-18 and adults ages 18-30. A former reSTART patient told Prevention magazine that reSTART's treatment focuses on creating a healthy life balance for addicts, because living without technology is unlikely after leaving treatment. The program helps addicts adopt healthy lifestyle habits, such as exercise, nutritious eating, and regular sleep, in addition to providing group therapy.

There are also technology addiction-focused therapy programs, such as the Center for Internet and Technology Addiction. Many therapists who specialize in treating various types of addiction may be able to form treatment plans with tech-addicted clients, too. When searching for a therapist, addicts or loved ones should ask about the therapist's experience with addiction and if they feel confident with treating technology addiction. Sometimes, addiction to technology may be a cause of other psychological issues that will benefit from treatment or that can be aided by medication, such as depression or anxiety.

Parents who think their child may have a gaming disorder or smartphone addiction can set guidelines and boundaries for the child, and discuss those with caregivers such as school teachers. Parents who model healthy behaviors can help their children adopt healthy behaviors regarding technology. The American Academy of Pediatrics recommends that parents encourage a well-rounded lifestyle and actively participate in healthy technology behaviors. If addictive habits continue, a psychologist can help.

Learn More About the Changing Landscape of Addiction Psychology

Does the rise of emerging technology addictions interest you? Do you want to help people with addictions lead healthier lives? A Bachelor of Science in Psychology in Addictions from Purdue Global enables you to learn about new trends and techniques to help society become healthier and happier. Learn more about the bachelor’s degree in psychology program at Purdue University Global or request more information.

The professional practice of psychology is regulated by each state, and the degree requirements in the Bachelor of Science in Psychology program do not guarantee or prepare graduates for state licensure. Students should research the requirements in the state in which they intend to seek employment.

Recovery Resources: Help for Those Affected by Substance Use Disorder
6 FAQs About Substance Abuse Counselor Careers