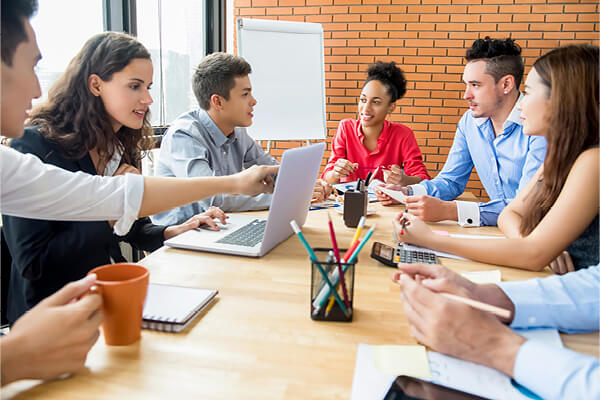 What is Cultural Diversity?

Culture is that which shapes us; it shapes our identity and influences our behavior. Culture is our “way of being,” more specifically, it refers to the shared language, beliefs, values, norms, behaviors, and material objects that are passed down from one generation to the next.1

According to the U.S. Census Bureau, the 2009 population in America was:

Each race encompasses a multitude of different ethnic groups. An ethnic group refers to people who are closely related to each other through characteristics such as culture, language, and religion.3 There are many ethnic groups in the United States, due in large part to its immigrant population; each of these groups contributes to America’s cultural heritage. From African Americans to Russian Americans, the United States is one of the most diverse nations in terms of culture.

What does it mean to be “culturally diverse”?

The term “culturally diverse” is often used interchangeably with the concept of “multiculturalism.” Multiculturalism is defined as:

“…a system of beliefs and behaviors that recognizes and respects the presence of all diverse groups in an organization or society, acknowledges and values their socio-cultural differences, and encourages and enables their continued contribution within an inclusive cultural context which empowers all within the organization or society.4

Why is cultural diversity a “good thing”?

Culture is the lens with which we evaluate everything around us; we evaluate what is proper or improper, normal or abnormal, through our culture. If we are immersed in a culture that is unlike our own we may experience culture shock and become disoriented when we come into contact with a fundamentally different culture. People naturally use their own culture as the standard to judge other cultures; however, passing judgment could reach a level where people begin to discriminate against others whose “ways of being” are different than their own—essentially, we tend to fear that which we do not understand.

Cultural diversity is important because our country, workplaces, and schools increasingly consist of various cultural, racial, and ethnic groups. We can learn from one another, but first we must have a level of understanding about each other in order to facilitate collaboration and cooperation. Learning about other cultures helps us understand different perspectives within the world in which we live, and helps dispel negative stereotypes and personal biases about different groups.

In addition, cultural diversity helps us recognize and respect “ways of being” that are not necessarily our own, so that as we interact with others we can build bridges to trust, respect, and understanding across cultures. Furthermore, this diversity makes our country a more interesting place to live, as people from diverse cultures contribute language skills, new ways of thinking, new knowledge, and different experiences.

How can you support cultural diversity?

Cultural diversity supports the idea that every person can make a unique and positive contribution to the larger society because of, rather than in spite of, their differences. Imagine a place where diversity is recognized and respected; various cultural ideas are acknowledged and valued; contributions from all groups are encouraged; people are empowered to achieve their full potential; and differences are celebrated.

“Diversity is the one true thing we have in common.
Celebrate it every day.”
–Anonymous

Dr. Lisa D. Belfield is an adjunct professor in the Purdue Global Human Services Department. She earned a bachelor’s degree in psychology from Mansfield University, a master’s degree in social relations from Lehigh University, and a doctorate degree in educational leadership from Wilmington University. In addition to teaching, she works as a methodologist and content expert on doctoral study committees, and is an education research consultant for LeadingEd Consultant Network. She has worked at organizations and institutions in positions which focused on behavior modification and therapeutic support, social welfare, college admissions, and education research.

Dr. Belfield continues to have valuable experiences, lifelong mentors, and friendships that have made her personal and professional life quite meaningful and fulfilling. As a professor, she enjoys engaging students in taking a critical look at the world in which they thrive, and encourages them to see themselves as lifelong learners in an intellectual arena. One of her favorite quotes is, “Change is inevitable; growth is optional.”  She encourages everyone to choose the option to grow.