A Purdue University alumnus, Mike Klipsch earned a bachelor's degree in industrial management in 1985. He also holds a JD with honors from Indiana University.

Klipsch had a 20-year career with Klipsch Group, a family owned and operated holding company for a wide variety of consumer electronic brands including, most notably, the Klipsch brand. Klipsch was a third generation family member of the internationally renowned audio manufacturer of loudspeakers and headphones founded in 1946 by Paul Klipsch.

Klipsch held a wide variety of executive positions including president, chief operating officer, and chief counsel.  Beyond his role of managing all legal affairs, strategic partnerships, and manufacturing during his entire tenure at the company, Klipsch’s major contributions included creating a global supply chain capability to manage sourcing and sales to over 40 countries.  Further launching the Klipsch brand into the headphone market in 2007, he helped position the company as one of today’s leading headphone manufacturers, building on the Indianapolis-based company’s legacy of excellence.

After selling Klipsch Group in 2011 to a public company, Klipsch departed the company in late 2015 to pursue new entrepreneurial opportunities including cofounding Klipsch-Card Athletic Facilities, LLC, which is in the business of developing and managing state of the art sports parks and fieldhouses, with the first being the Grand Park Fieldhouse in Westfield, Indiana, which opened January, 2016, and through Klipsch Sound Investments pursuing investments in multifamily housing communities and other strategic private equity investments.

He began his career at the law firm of Bingham Summers Welsh and Spilman (now Bingham Greenebaum Doll LLP) achieving partnership. His nine years of law practice focused on complex business transactions, debt/equity offerings, business reorganizations, and international law.  After his time at Bingham Summers, he worked at Klipsch Lanham & Associates which managed a wide variety of portfolio companies including Shane Co. Jewelers, Overhead Door Company franchises in Indianapolis and Cincinnati, National Guest Homes, and Hospital Affiliates Development Corporation. Klipsch was chief counsel and held a variety of other executive positions at Klipsch Lanham and each of its portfolio companies.

Klipsch is actively involved in the community, volunteering in organizations such as the American Cancer Society, Make-A-Wish Foundation, Boy Scouts of America, and Carmel Dad’s Club in Carmel, Indiana. 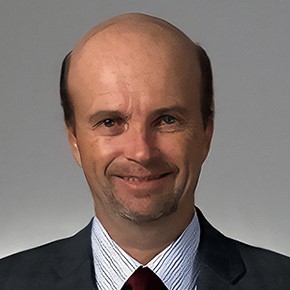