Martin Pritikin, an experienced lawyer and educator, is the dean of Purdue Global's Concord Law School.

In this role, Pritikin is responsible for providing academic leadership for the Concord Law School programs, faculty, and students while advancing the school's mission to provide an affordable and accessible education for aspiring attorneys and others seeking to learn the law.

With more than 15 years of professional experience, he most recently served as the associate dean of Whittier Law School in California. While at Whittier, Pritikin won the law school's Teacher of the Year award (twice), and was the first to design and implement a hybrid online "flipped" classroom model. As an administrator, Pritikin founded and directed Whittier's Institute for Trial and Appellate Practice, served as the school's associate dean for experiential learning, associate dean of the law school, and acting dean. In 2013, he spearheaded the adoption of the school's "Experience the Law" curriculum, which was named among the 'Most Innovative' in the nation by National Jurist. In 2015, he launched the law school's incubator program, which provides recent graduates with the infrastructure and legal and business training to launch their own law practices.

Previously, Pritikin spent several years practicing law with Quinn Emanuel in Los Angeles, where his clients included Lockheed Martin, Fox Studios, and Union Bank of California. He entered academia full time in 2004 at Whittier Law School, where he has taught courses on evidence, advanced litigation, criminal law, and wills and trusts. He has maintained his connection to practice even while in academia, including as a summer volunteer at a prosecutor's office and as a consultant on a multiyear litigation against Lehman Brothers in bankruptcy court. 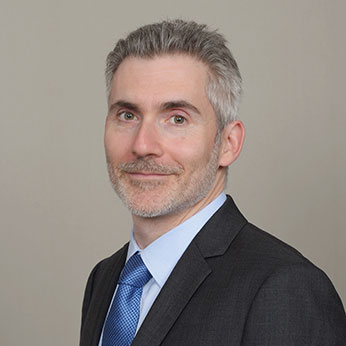