Malcolm S. DeKryger earned a master's degree from Purdue University’s College of Agriculture in 1983. He is the president and co-owner of Belstra Milling Company, an independent livestock feed manufacturer located in DeMotte, Indiana, that works closely with six Belstra Group pig farms and several large dairy farms owned by local families in the Fair Oaks, Indiana, area. He is also a part-owner and the primary developer of all Belstra Group pig farms.

Additionally, DeKryger is the general contractor and manager of “The Pig Adventure,” a working hog farm at Fair Oaks Farms that educates visitors on the pork industry. He has previously served as a member of the Board of Indiana Pork Producers, and has received a number of awards for his commitment to upholding ethical farming practices including the Outstanding Community Involvement and Neighbor Relations award from the Indiana Soybean Alliance in 2008, an animal welfare award from the Indiana Veterinary Medical Association in 2014, and the Environmental Stewardship award from the National Pork Board in 2010. He was also named a “Master of the Pork Industry” in 2013 by National Hog Farmer magazine.

The Purdue University College of Agriculture named him a Distinguished Animal Sciences Alumnus in 2008 and a Distinguished Ag Alumnus in 2012. He has served on the College of Agriculture Dean’s Advisory Council and in 2012, he and his wife, Donna, established a scholarship for Purdue students in the Department of Animal Sciences. They are also frequent supporters of the Purdue musical organizations and the Purdue Varsity Glee Club. 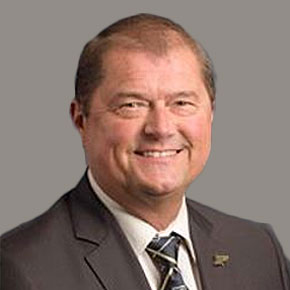