Jon Harbor joined Purdue Global as provost in 2020. Previously, he served as the provost and executive vice president for the University of Montana and as executive director of digital education and associate vice president for teaching and learning at Purdue University. Harbor champions teaching excellence and the expansion of quality online education to meet the needs of diverse learners. He is experienced in designing processes that help academic organizations develop and implement novel strategies for success, with a particular focus on access, innovation, and excellence.

At the University of Montana, Harbor oversaw academic and student affairs and, with his team, launched partnerships to develop new online programs, transitioned to a data-informed academic advising model, designed a new budget model, and encouraged pedagogical transformations through a teaching excellence initiative. He joined Purdue University as an associate professor in 1994 and was promoted to full professor in 2001.

Harbor was recognized with Purdue University’s top awards for both undergraduate teaching and graduate mentoring and was inducted into Purdue’s “Book of Great Teachers.” He has served in a wide range of leadership positions at the university level, including associate vice president for research, dean of a college of liberal arts and sciences, founding/interim director of a global sustainability institute, and founding co-director of a learning research center.

Harbor was born in England and completed his undergraduate studies at Cambridge University and his PhD in geological sciences at the University of Washington. His research and education initiatives have been supported by grants from the National Science Foundation, the Environmental Protection Agency, NASA, National Geographic, and international science foundations. Harbor has served as a Fulbright Senior Scholar, an American Council on Education Fellow, and a European Union Marie Curie Fellow. In 2015, Stockholm University awarded him an honorary doctorate.

An effective communicator with varied audiences, Harbor is a frequent speaker at conferences, at academic institutions, and for community, business, and K–12 audiences. 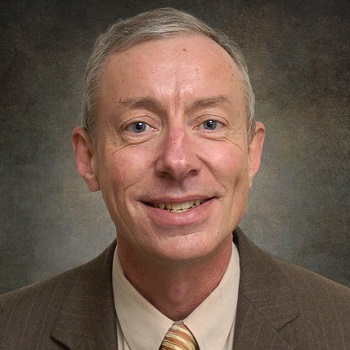