JoAnn Brouillette is managing partner and president of Demeter LP, a privately owned grain and commercial warehouse business headquartered in Fowler, Indiana. She earned a Bachelor of Arts degree from Hanover College in 1983, majoring in business. Brouillette was an admissions counselor at Hanover before beginning her career at Demeter, where she held various merchandising and management positions before assuming her current position in 1996.

Brouillette's achievements include being awarded the AgriVision Award from the State of Indiana in 2010 and being appointed to the Advisory Committee for Trade Policy and Negotiation by President George W. Bush in 2003 and again in 2005. She was also named to the Silver Anniversary Team of the Indiana Basketball Hall of Fame in 2004. 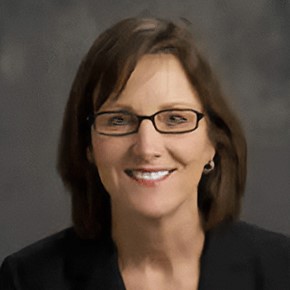