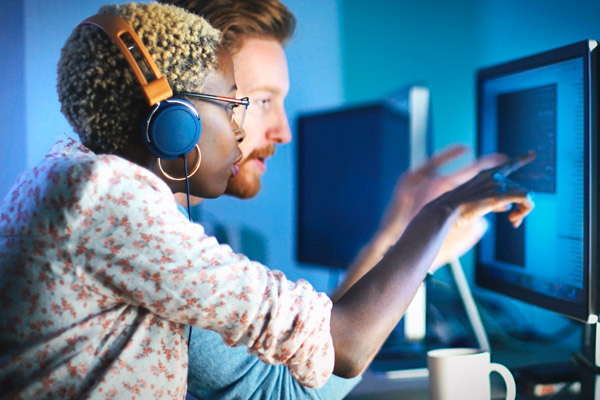 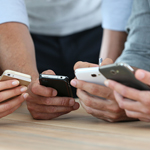 It goes without saying that a company can benefit from employees using mobile devices. Think about how productive you are using your Android based smartphone or your iPhone. We’ve integrated these devices into our personal and our work lives. I’m going to discuss the workplace in this article however, much of what I talk about applies to your personal data, too.

How many of you are accessing company owned data from your smartphone? You might ask what is company owned data? It could be a PowerPoint presentation that has confidential information on it or simply an email conversation using your company’s email system. How is the company owned data being managed and secured? In some cases, a company may use what is called an Enterprise Mobility Management (EMM) or as it was previously known, a Mobile Device Management (MDM) system. In most cases you’d know if your company was using an EMM system as you would have received (or have access to) setup instructions from the IT group.

Some of the well-known EMM1 players are MobileIron, IBM’s MaaS360 (IBM acquired Maas360 in 2013), VMWare’s AirWatch (VMWare acquired AirWatch in 2014), or Good (BlackBerry acquired Good in 2015) just to name a few. Or maybe you have received no instructions on how to use your personally owned device (BYOD) in the workplace? If that is the case, your company is taking a huge risk. Remember that mobile devices are small. Due to size, these devices can easily be lost or stolen. That is a huge problem considering these devices have a massive amount of storage space that contains a lot of data. The types of data stored on these devices could be in the form of apps, cookies, text messages, audio files, video files, pictures, email, etc.

EMM systems come at a price, and just like any other system, they are not perfect. But, they are better than using nothing at all. They help reduce the risk of data compromise. So, let us assume you are not using an EMM system. Also, we will assume that the corporate data in question is email, calendar, and contacts.

Many years ago Microsoft came up with a protocol called ActiveSync. Most popular email systems, besides Microsoft Exchange, use ActiveSync for mobile email access and communications. For example, Google’s Gmail uses ActiveSync. As some of you may know, it is relatively easy to setup your smartphone to access Gmail email. ActiveSync also has some mobile device security policies. The problem is that some are rarely enforced.

Now, I briefly want to define a term that many of you may have heard. It is called malware. Malware is simply software that has intent of causing harm. Now, malware comes in many forms. It can be an app you installed on your mobile device or could be part of the device operating system (O/S) manipulated in a clever way to cause harm. So, let’s get back to ActiveSync and our Gmail example. There are four mobile malware that are hitting ActiveSync only mobile devices2. Sadly, as a user, you may not know your device has been compromised until your data (remember the company data we talked about?) has been hacked.

Stagefright likes to target Android based devices. It exploits a vulnerability that exists in the Android media library (part of the O/S). What happens is you will receive a multimedia message (like a picture or video) and immediately the message is downloaded and infects the device through the multimedia preview function. Stagefright can hijack your camera or microphone not to mention steal data off of the device. One very important thing to note, you do not have to click a link. It happens as soon as the MMS is received.

YiSpecter3 likes to target iOS (iPhone/iPad) devices. It doesn’t matter if your iOS device is jailbroken or not. YiSpecter goes after outdated Application Programming Interfaces (APIs). Apple tries hard to flag applications that use the outdated API’s during their vetting process but sometimes Apple missing them. Moreover, YiSpecter can spread in three ways: through a worm on Windows that infects the device when pairing, through Internet Service Providers (ISPs), and through installation that is offline. YiSpecter’s mission is to harvest user data.

Keyraider also targets iOS devices. iOS devices that have been jailbroken. Keyraider likes to gather up all of your usernames, passwords, security certificates, and even your private encryption keys.

XcodeGhost, like YiSpecter, attacks iOS devices that are jailbroken or not. It likes to infect thousands of apps that made it through Apple’s vetting process and are published on the Apple App Store. Apps are accidently infected by XcodeGhost when software developers use Apple’s development tools to create apps. The developer unknowingly is hiding malware in their apps. XcodeGhost can do just about anything like fake password prompts, steal credentials, and allow remote command and control.

Did I scare you? I didn’t mean to. I just want you to be aware. ActiveSync comes free with Gmail (and with other email systems) and it is an easy way to get your corporate (and personal) email up and running quickly. But, it also leaves a company open to mobile malware attacks on iOS and Android based mobile devices. A company has to ask themselves if they want to take the risk.

My recommendation is to test drive one of the EMM systems mentioned above. They all offer a free trial. Let me define risk for you. Risk = Vulnerability x Threat x Asset Value. Give leadership a few asset values and then tell them about mobile malware threats. They may just get it and invest in an EMM system to protect their digital assets. Until then, don’t forget to use common sense. Have your employees become human firewalls by educating them. Make them adhere to mobile device security best practices like strong passwords, access and save sensitive information to a device only if it is a necessity, encrypt data (at rest and in motion) whenever possible (Google can show you how), apply O/S updates, never connect to an unsecure network and regularly backup important data locally (that doesn’t mean on Google Drive or Dropbox).

I’ll also leave you with this, when we think of a device, many of us think of a smartphone. Don’t forget there are other mobile devices. How about USB drives, micro SD cards, and the Internet of Things devices? When you select an EMM system to use (and I recommend that you do), have them show you their product roadmap.

Rhonda G. Chicone is a faculty member at Purdue Global. The views expressed in this article are solely those of the authors and do not represent the view of Purdue Global.

Do You Have What It Takes to Become a Software Developer?
E-Waste: The Hidden Dangers of Technology